Moscow and St. Petersburg: the past and the present.

Two cities very similar and at the same time so different from one another.

Which one did I like the most? Difficult to say, precisely because of their diversity.

During the journey, I would have answered Moscow, without any doubt. Today, almost two weeks after returning, I realize that I miss St. Petersburg very much. 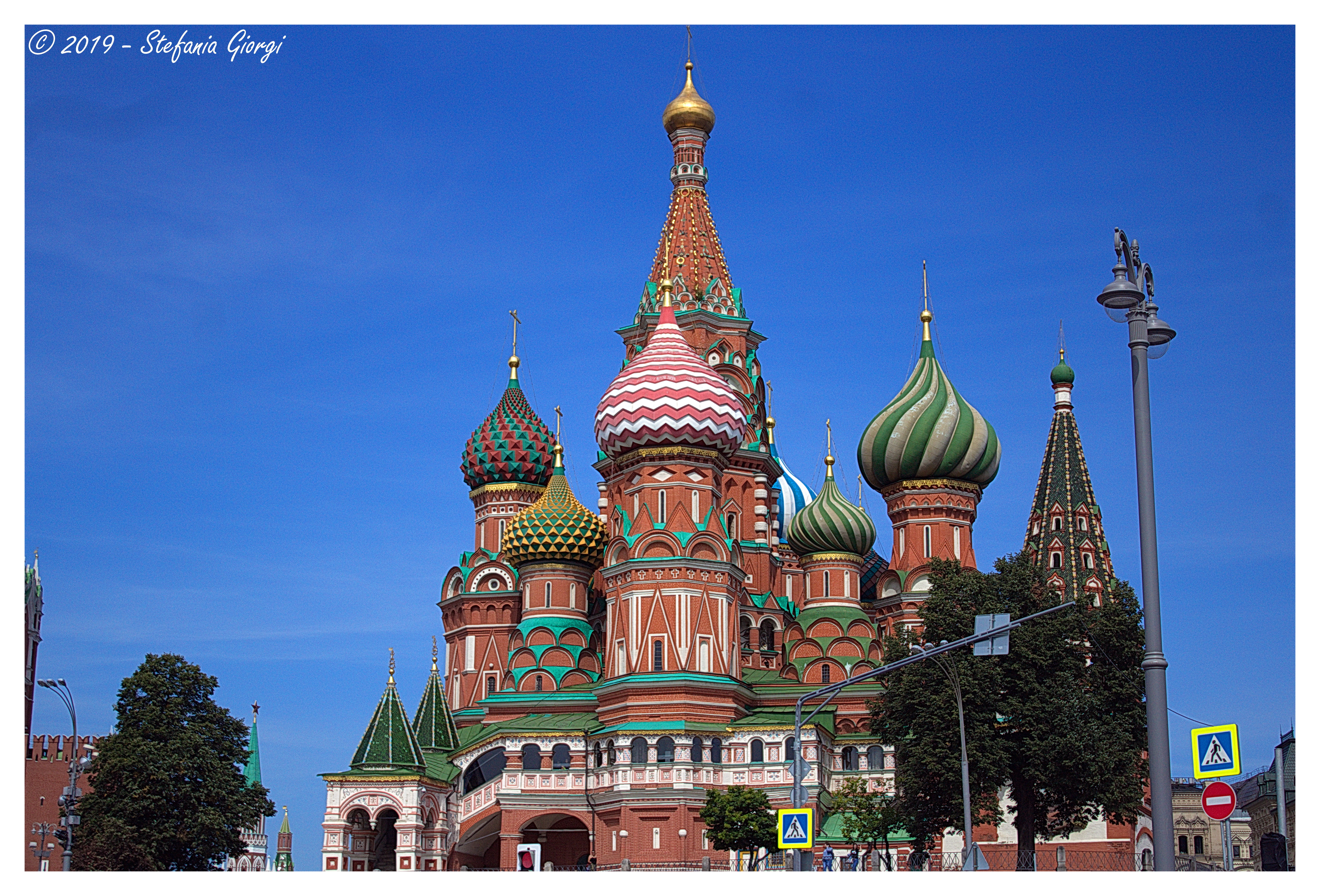 And it is from St. Petersburg, once Leningrad, that the journey begins: a very "European" city welcomes me, completely different from what I expected.

The road from the airport to the center, shows a succession of modern buildings very similar to each other and very basic, wide streets and very (very very) busy, almost a bit "cold", let me say.

The hotel is closed to the Central Station and the Nevskyi Prospect (in Russian "Prospekt" means boulevard, so Boulevard Nevskyi), the main street of the city, where locals, shops overlook, restaurants for a total length of over 2km.

The guide, Anastasia, immediately begins to tell the story of the city, of the various vicissitudes that over the years have followed: from its foundation in 1703 by the will of Peter the Great to the siege of Leningrad by the German army during the Second World War.

A thousand facets of a metropolis torn between history and avant-garde: surely what is most striking is order and cleanliness. There are no graffiti, very clean streets, no rubbish.

In the following days, Anastasia takes us to visit the wonders of the city: the Church of the Savior on Spilled Blood, the Church of St. Isaac, the Russian national library, the Admiralty Palace, the canals and islands that make up the city and the Hermitage, one of the most important museums in the world.

We also move out of the metropolitan context to visit Peterhof, the Tsar's palace, on the shores of the Gulf of Finland, where numerous palaces and water games entertain the thousands of tourists who daily crowd the estate.

And then again towards Puškin (called the Tsar's Village) where the Catherine Palace stands, the summer residence of the Tsars of Russia: here you can admire the Camera Amber. A show unique in the world that, unfortunately, it is not possible to photograph, but believe me, it leaves you breathless.

From St. Petersburg station to Moscow: about 730 kilometers with the fast train. 3 hours and 30 minutes through the russian countries.

We have the chance and the luck to cross the almost uninhabited Russian countryside, where from time to time some Dacia (country houses built in wood) get mixed up in nature.

The arrival and the approach with Moscow is a bit shocking: at the Leningrad station (Moscow has the Leningrad station and St. Petersburg the Moscow station! Strange things!) time seems to stand still: very old, small (especially if we think that Moscow makes about 14 million inhabitants), not very clean and almost left to itself.

The bus that awaits us is no better: an old bus with cracked glass, floor mats that come off the bottom, electrical wires held up with adhesive tape: a world completely different from St. Petersburg. But basically, this is the Russia I expected.

Our new guide, Elena, begins to tell us something about the city and teach us some new term in Russian: it was essential for us to be able to order two fresh beers, given the sultry fall that accompanied us throughout the journey. Dva Piva Bol'shoy : two big beers, can always be served!

Outside the station, unlike the approach, a wonderful city appears, with huge streets, skyscrapers in the background and a thousand golden domes.

From almost every corner of the city, the Kremlin is always the background, with the domes of St. Basil and its marvelous colors.

Also in Moscow, the hotel is centrally located, 15 minutes walk from the Red Square, which we are preparing to visit at sunset.

The banks of the Moscova, the most important river in the city, are wonderful at that time: the elegant buildings that line it, the bridges, the boats that continually ferry tourists around the city, resemble pieces of a crib.

And then "she", the Red Square, the most amazing thing you can see: not so much for its beauty in itself, but for the thousands of lights that decorate it. It feels like entering Santa's village. Everything turns into a fairy tale.

Even Elena, like Anastasia, leads us through the city: the Soviet quarters, the city, the Kremlin, the church of San Basilio, the hill of sparrows, Izamailov and the underground: every station is a work of art. Gorgeous!

On the last day, we decide to break away from the group and start walking around Moscow: about 25 kilometers on foot to admire every corner of the city. A few hours to relax in Gorskyi Park, the statue of Peter the Great, the Red Chocolate Factory, a last look at the Kremlin and Red Square and, alas, the holiday comes to an end.

Of course Russia will leave me with only positive memories: cleaning first of all, education of people and safety. Both Moscow and St. Petersburg are very safe cities where it is possible to walk alone day and night without any danger.

Thanks for the hospitality and see you soon! Surely we will meet again ... maybe in winter!